My musical career started at a very early age – in fact my birthday, the 22nd November – happens to be St Cecilia’s Day, the patron Saint of Music!

As a small child I loved to sing and listened intently to singers on the radio. One of my earliest recollections was being made to stand on a chair at parties to sing the latest Sinatra song, and when it was ‘News Time’ at school, instead of telling the class where Mum & Dad had taken me on the weekend, I used to sing the latest song I had learned.

My dad was Welsh and had a good tenor voice. He and my uncle and grandfather all sang in a Welsh Male Voice Choir in London, they often did radio and TV performances, and eventually he sent me to their choirmaster to train my boy soprano voice. I won the silver medal in the first music festival I entered, singing ‘Oh, For the Wings of a Dove’. He taught me all the breathing exercises and techniques for preserving the voice, which is probably why I’m still singing today, many years later.

When my voice broke to a baritone range I began singing with various small London dance bands. In my late teens and early twenties my favourite haunts were the little cellar dance clubs around London’s cosmopolitan Soho area. Two good things happened to me there – one was learning about the music business from some of the resident professional musicians at these clubs and getting a few gigs with them, the other was meeting Rowenna, the girl who eventually became my wife.

Before too long I was getting offers of gigs in night clubs and my first really professional cabaret engagement was at ‘Young’s Chinese Restaurant’ in Leicester Square. 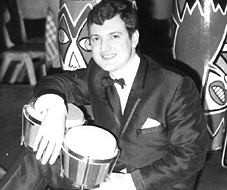 I remember singing ‘Pepito’, a Spanish pop song hit at the time, in Spanish, to an audience consisting mostly of Asian tourists, who looked blank. Their understanding of English was bad enough, let alone Spanish ! It was a wonderful training ground for any young entertainer and I learned how to work with the audience and not to them.

With my feel for Latin music and languages I graduated to working with a rumba band at the Savoy Hotel, and mixing with the upper-class customers whose requests for songs were usually accompanied by a 5 pound note – nice work if you can get it!

Once I started getting offers to work the lucrative club scene in the North of England I had to decide whether to pursue my daytime career in Sales and just sing on the weekends, or throw caution to the winds and ‘go pro’. At 24 years of age I thought the world was my oyster, resigned my job, bought a big second-hand American car and set off for the wild and woolly Northern club circuits, working up to four half-hour spots a night in the hundreds of clubs which flourished in the industrial cities in Yorkshire and Lancashire. I used Manchester as a base as it was fairly central, but then sometimes I’d find myself doing a Saturday night gig in a South Wales miners club then driving half through the night to make a Sunday lunchtime show in a Newcastle working-mens club 300 miles away – happy days!

If I thought I knew something about the sophisticated scene in the South of England I had to learn a lot more about the working-class attitudes and musical preferences in the North, where I was viewed as a bit la-di-dah because of my Southern accent and culture. As the old Yorkshire saying goes ‘where there’s muck, there’s brass’ and I certainly wanted the brass, if only to prove to my parents that I could make a go of the showbiz life, and that I could manage on my own and wouldn’t have to go back to a ‘proper job’ to make some money. 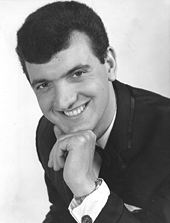 At this time I was totally into Pop music but had an act that was perhaps a little classier than many of my contemporaries, until I realized that I was missing out on certain work because I had become a bit ‘uncommercial’ and agents didn’t really know how to sell me. I certainly couldn’t stomach opening my act with ‘Beautiful Sunday’ and closing it with ‘Yellow River’, as did 75% of the other acts I worked with, so I tried specializing in songs in other languages – Italian, Spanish, French and called myself “Voice International” finishing off my act with a routine on bongo drums to ‘El Cumbanchero’.

I started working comedy routines into my act as well, because comedians always got paid more money than singers, and it did increase my earnings. The bongo routines went down well, but I wasn’t really vulgar enough to be a successful comedian in those days, so I concentrated on what I was best at – singing, and started writing some songs.I had an abiding love for jazz, but jazz gigs were few and far between and paid peanuts, so there was no career path in that direction.

On a gig at the famous Blackpool Tower they somehow decided that I should compere the show. I was used to introducing my own songs, but introducing other acts and making them sound good was all new to me. I must have latched on to it well enough because they offered me two Christmas seasons and suddenly I had a reputation as a classy compere! This opened up a whole new range of opportunities and ever afterwards I was known as a singing compere, landing jobs in many of the top night clubs in Manchester and Liverpool, mixing with some of the stars of the day – Buddy Greco, Matt Munro, The Drifters, Freddie and the Dreamers, Billy Fury, Marty Wylde, Hermans Hermits etc 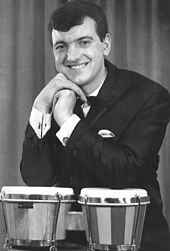 During the day there was some useful work with Granada TV and Yorkshire Television on their soapy programs like ‘Coronation Street’ and other drama productions, and many club acts got work as extras. I managed to get in on the scene and landed some ‘walk-on parts’. Walk-ons got paid extra money as they appeared in shot, working with the stars of the production and, although they had no lines to say, they had to be able to act. They gave you your own dressing room and you weren’t allowed to mix with the extras, who were in a communal dressing room. One of the benefits was that music journalists would see you on these shows and would mention you in their columns thus enhancing your reputation. These people were also well connected to recording companies and theatrical productions so, if you knew the right people you were ‘in the loop’ and I picked up some radio work through a music journalist as a result of a promotional recording that I did in Manchester.

By this time I was married with three children, and needed a bigger house. I also needed more reliable sources of income to pay for it so I took on various sales management jobs which kept me close to home, provided me with a car, and didn’t interfere with my weekends, and for some years I worked 7 days a week.

There is an old saying that many actors want to become singers and many singers want to become actors, and I was no exception to the rule. When the opportunity came to work with a local operatic company in stage musicals I grabbed it and landed the leading role in my first production. This was ‘Curly’ in Oklahoma and I got hooked on the theatrical scene. Of all the shows I did, Kiss Me Kate was to become one of my favourites, in the leading role of ‘Fred Graham’/’Petruccio’ – Shakespeare’s story and Cole Porter’s music all combined – just wonderful.

In 1980 we took the ‘trip of a lifetime’ to meet my wife’s parents, who had retired to Australia. They had never met me, or our children, so it was an important family event. We decided that the Brisbane lifestyle was one of the best-kept secrets in the world and that, despite our comfortable life in Cheshire, we would come back and live in the Sunshine State. We emigrated in 1982, and have enjoyed our life here ever since.

Shortly after arriving I got on board with one or two TV talent shows which were running at the time. I thought this was a good way of getting national exposure and the chance of some gigs. With a much smaller population than Manchester, Brisbane did not have such a wide network of clubs and so the opportunities were a bit limited. Nevertheless I got acquainted with some local entertainers and musicians and started to get bookings at RSL clubs between Brisbane and the Gold Coast.

Another dream came true when I was invited to try out as a resident vocalist with the Brisbane Big Band which was run by a fine musician who became a great friend – Brian Douglas (RIP), at the Brisbane Jazz Club in 1989. I built up my library of Jazz arrangements and have appeared with them regularly ever since. The spin off from this was meeting a number of other band-leaders resulting in offers of some great gigs at leading hotels, corporate functions and private events.

My other long-term residency has been as a ‘founder member’ and resident vocalist/compere with Decahedron, and I am very proud of my friendship and musical association with it’s leader Paul Gibens. Paul has written some great arrangements for some of my compositions and was MD for my CD production ‘Singin’ & Swingin’ in 2004.

The standard of musicianship in Brisbane and the Gold Coast is first class and many local bands provide great jazz and swing music.

These days I am very happy writing songs and getting to sing with many of the highly talented young musos, too numerous to mention, who are making their mark on the jazz scene here. I am now well and truly part of the jazz scene, which is something I wanted to be many years ago.

It still doesn’t pay big money but, hey, you can’t have everything.

If you want a perfect life, go and live in heaven!

Your cart is empty